Start a New Life in Christ

Join our close-knit Baptist church and find comfort on your journey to Christianity. Live a new life in Christ with Second Baptist Church in Monclova, OH. Accept Christ as your Lord and Savior and fulfill your God-given purpose in life. We welcome you to our church to attend our worship services. 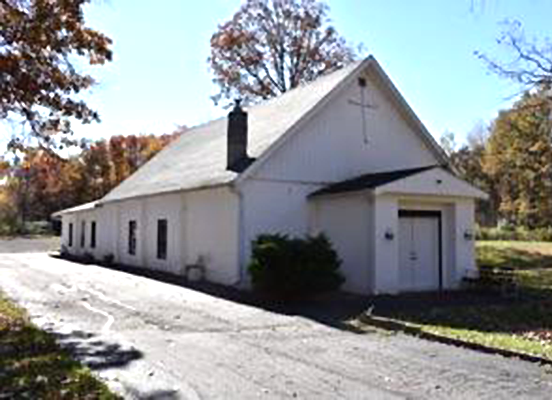 Second Baptist Church was organized the second Friday of June 1952 on Milke Road and later moved to Frankfort Road. Reverend Frank Lee Bowen was the organizer and the moderator was Reverend Dotson.

The Auxiliary was organized under Reverend Frank L. Bowen, at which time we worshipped together while keeping warm with a pot belly stove. The members took turns removing the ash and keeping the fire going. Praise be unto God, we were later blessed with a furnace.

In March of 2008, Reverend Jerry L. Boose was called to pastor the church. Since stepping into the pastoral role, and through his love for the youth, the Youth and Young Adult ministries were formed. The music ministry has been blessed with musicians and a minister of music. The mothers’ ushers and nurses’ ministries have been blessed with new members.

Currently, the Lord has commissioned Pastor Boose to embark on a “New Vision” for our Baptist church. Under the leadership of Pastor J.L. Boose, services were moved to the Spencer Community Building in March of 2012 to accommodate the growing membership. Later on, prayer meetings and Bible study sessions were moved to the Spencer Township Neighborhood Center on May 15, 2013. In October 2015 all services were relocated to our current worship location at 9300 Maumee Western Road, Monclova, OH.

Through the years, the Lord has given Pastor J.L. Boose the vision to add the following ministries: Outreach, Media, Mime, Greeters, and Praise teams. Under his pastoral leadership, our church has been blessed with a 501c3 certification. During each pastor’s tenure, souls have been won for Christ. Glory be unto God for each church pastor that has stopped by and become member of our family.

Learn More about Our Faith

Be stirred by the message of the Scriptures and blessed by the glory of the gospel. Learn more about the statement of faith and attain a deeper and broader understanding of God, Christ, and the Holy Spirit. Don’t hesitate to call us to find out about the different ministries we have here at Second Baptist Church.

The Church of a Second Chance.